Facts that might get your kids to think about their drinking

It’s no good just telling teenagers that drinking too much is bad for them, you think you’re untouchable as a youth – Wait for that familiar rolling of eyes, and ‘Well you drink Mum, don’t you?’. Or if you don’t drink, it’s that ‘Well, what would you understand about it?’.
What’s more effective is to focus on what could happen to them now, if things get out of hand and to give them the tools to get out of a tricky situation so that they know what to do if things go wrong.

According to the 2016 GfK Roper Youth Report, 71% of children aged 13 to 17 say that their parents are the number one influence on whether they drink alcohol. A survey by the YMCA though found that parents were important influencers, but that they weren’t seen by most teenagers as good role models and didn’t set ground rules that they stuck to. Only 21% said that their parents or other adults they knew were good role models. Although 55% of young people say that their school provides clear rules and boundaries, and their behaviour is monitored in the community by neighbours and others, barely a quarter (27%) say they have to abide by clear rules and consequences in their family, or that their parents keep track of where they are.
Know where they are and who they’re with
Research clearly shows that if parental monitoring is in place – that is knowing where your kids are and who they’re with – teenagers are much less likely to begin to use drugs or alcohol at an early age. FACT 2 – Most teenagers DON’T regularly go out and get drunk, or drink heavily The first thing to remember is that in spite of the headlines out there condemning ‘booze Britain’ and ‘ladettes’, most teenagers do not go out to get drunk; in fact, the majority of school-going children across Europe, including the UK, have never had a whole drink!
The number of teenagers experimenting with alcohol is falling in the UK. In England, the percentage of 11-15 year-olds who have ever consumed a whole alcoholic drink has decreased, from 61% in 2001 to 44% in 2018. Regular underage drinking (at least weekly) has also declined from 20% of 11-15 year-olds in 2001 to 6% in 2018 – so 94% don’t drink regularly and, of those who drink, 79% consume below 15 units per week. In Scotland in 2015, only 28% of 13 year-olds reported ever having an alcoholic drink; for 15 year-olds the figure was 66%.
Binge drinking (more than 8 units for men and 6 units for women per occasion) also fell from 29% among 16-24 year-olds in 2006 to 17% in 2017. This means that a big majority of young adults (83%) go out to enjoy themselves and socialise, not to get drunk. Less than 1% of 11 year-olds will be drinking alcohol weekly, but our study of over 4,400 Year 8 pupils in 30 schools across England in 2011/13 found that age 13 was the tipping point with 42% having had whole drink by age 13, although overwhelmingly in a supervised environment. 24% of 15 year-olds in England will have drunk alcohol in the last week and 44% of all 15 year-olds will have experienced being drunk. (For Scotland, the figures are 17% and 68% respectively). This is why it is so important that you talk about drinking, its effects and risks in a balanced way before the age of 13 and regularly from then on and carefully monitor their social lives.

Talking openly with your kids is hugely important. Secret drinking with friends away from home does happen. Streets and local parks were the most usual drinking place for 32% of 10-19 year-olds (Talbot and Crabbe) and at parties, so it’s important to know where your kids are, who they’re with and what time you expect them home. If you discover that they have been drinking, don’t fly off the handle. Sit down calmly and let them tell you what happened, then explain the dangers that they face. 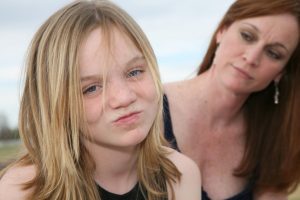 FACT 5 – What happens to teenagers who get drunk

As teenagers lose their inhibitions when they are drunk, they are far more likely to be involved in an accident, a violent incident and to engage in other risky behaviours such as smoking, drugs and unprotected sex.
If a teenager drinks regularly before they are 15 they are:
– 7 times more likely to be in a car crash because of drinking, and
– 11 times more likely to suffer unintentional injuries after drinking
– GCSE predictions fall by 20 points – that’s the difference between a 9 and a 5.
Even drinking to get drunk occasionally can have serious consequences as it increases risky behaviour. Teenagers who get drunk are far more likely to:
– injure themselves or someone else – even accidentally 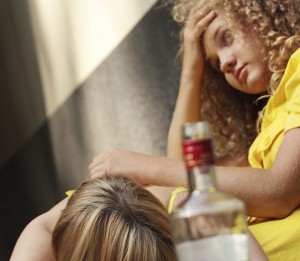 – engage in unsafe sex, which could result in sexually transmitted infections and unplanned   pregnancies
– be robbed – especially of cash and mobile devices
– end up going home with a stranger on their own
– get in a fight, an argument or relationship problems
– get into trouble with the police and end up with a criminal record.
Always encourage your kids to look out for each other, plan how they are going to get home before going out, to keep their mobiles fully charged and switched on and to keep enough money aside in case of emergencies.

If you have any questions regarding information on this site, please do contact kate@alcoholeducationtrust.org