Alcohol and the Law

The law and underage drinking

It is important to be aware of guidelines, facts and the law about alcohol in the UK.

It is illegal to give alcohol to under 5s.

It is at the landlord’s discretion as to whether children are allowed anywhere in a pub. They cannot of course, buy or drink alcohol on the premises.

If you are under 18, it is illegal to buy alcohol (this includes in any shop or supermarket, off licenses, bars, clubs or restaurants and buying on line). It is illegal to buy alcohol for someone under 18 in a licensed premises, the only exception is for 16 or 17 year-olds who are allowed to drink beer, wine or cider with food if with an adult (but they may not buy the alcohol themselves).

It is legal for anyone over 5 to drink alcohol. The restrictions apply to purchasing (under 18) and location – in licensed premises, in public or in alcohol exclusion zones. Police have powers to confiscate alcohol from under 18s drinking in public spaces (e.g. in the street or in parks).

The UK Chief Medical Officers (CMO) recommend that parents should not allow their children to drink alcohol at home under the age of 15.

Children and their parents and carers are advised that an alcohol-free childhood is the healthiest and best option. However, if children drink alcohol, it should not be until at least the age of 15 years.

If young people aged 15 to 17 years consume alcohol it should always be with the guidance of a parent or carer or in a supervised environment.

Parents and young people should be aware that drinking, even at age 15 or older, can be hazardous to health and that not drinking is the healthiest option for young people.

If 15 to 17 year-olds do consume alcohol they should do so infrequently and certainly on no more than one day a week. Young people aged 15 to 17 years should never exceed recommended Government guidelines.

Can I let my kids drink at home?

Some parents allow their children to try a little alcohol with them on special occasions; others prefer not to. There is some evidence that shows drinking at an earlier age increases the possibility of alcohol-related harm later on, but other studies show young people introduced to drinking moderately in the home, with good parental role models are less likely to binge and more likely to develop moderate drinking habits. Remember, there is a world of difference between sips on special occasions and whole drinks, so the UK Chief Medical Officers (CMO) recommend that parents should not allow their children to drink alcohol at home under the age of 15.
Whatever you decide, stick to your guns and make sure your child understands why it can be dangerous for young people to drink. Be prepared to say NO if you are uncomfortable with party situations and lay down ground rules. Children should also know that there are laws restricting the age at which you can buy and drink alcohol.
With older teenagers, you need to aim for a balance: warning them of the dangers and making them aware of the law; but also saying that they can enjoy moderate social drinking when they’re adults if they choose to. The important thing is to focus on the facts, and to give your child the knowledge and skills to avoid the dangers associated with alcohol.

It’s against the law to drive with more than 80mg (milligrams) alcohol per 100ml (millilitres) of blood, or 50mg in Scotland. If you break the law, you face having your licence taken away for at least a year and an unlimited fine or up to six months in prison. Causing death through drink-driving can result in a maximum prison sentence of 14 years and a driving ban for at least two years.

Buying alcohol for those under 18

Police have the power to charge those over 18 who knowingly buy alcohol for anyone under the legal drinking age (buying by proxy). It is important that older friends and family know that they could be charged for supplying alcohol irresponsibly. As it is increasingly difficult for under 18s to buy alcohol, parents are now the main providers of alcohol for this age group (70%) putting a huge responsibility on you to keep youngsters safe and out of trouble. 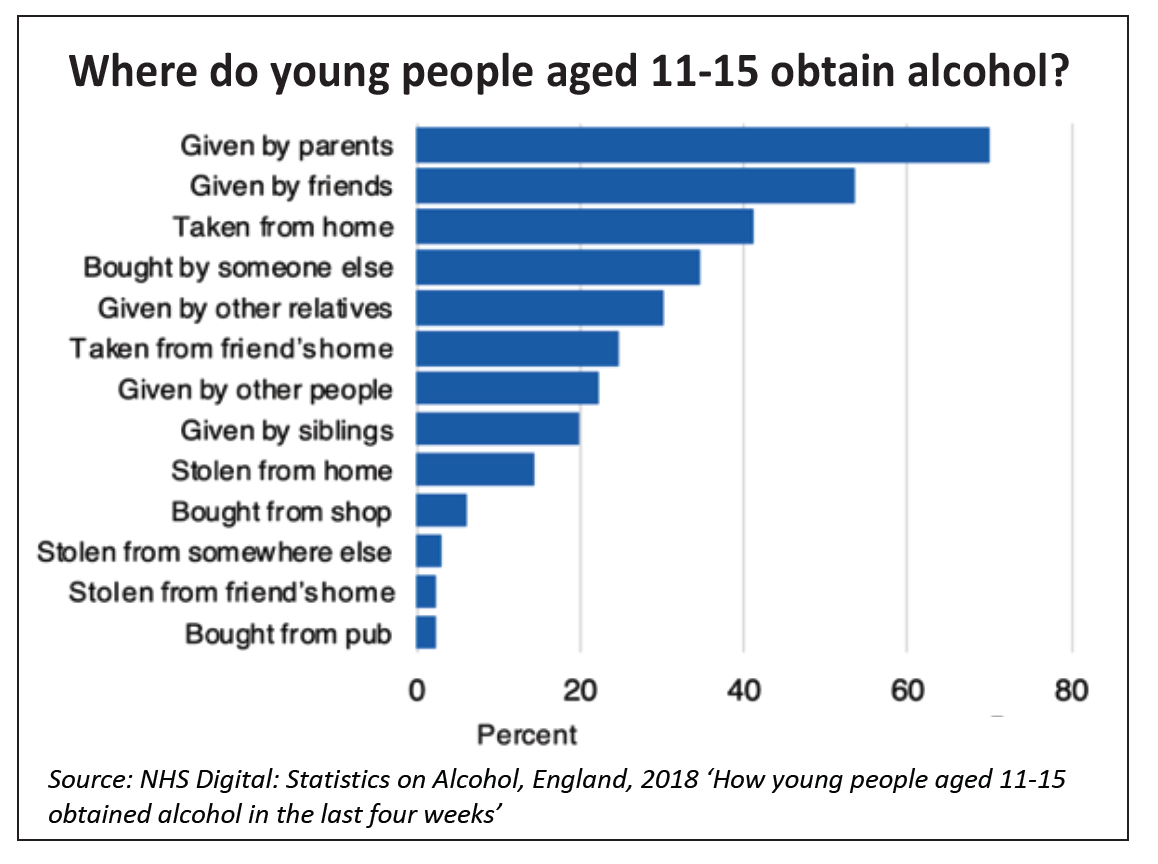 What you need to know about drinking and driving

Drinking and You – drink driving information and advice 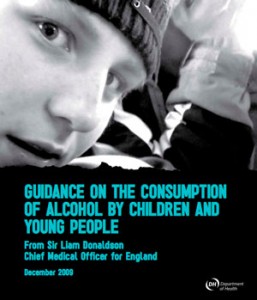 If you have any questions regarding information on this site, please do contact kate@alcoholeducationtrust.org